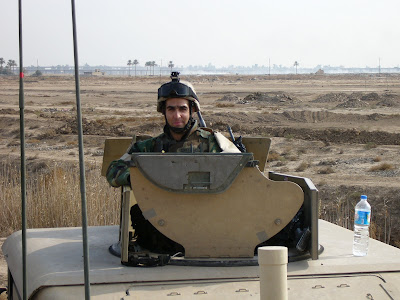 The State of Harley-Davidson

A lot of discussion this week in the motorcycle community has centered around the shuttering of Buell. Buell, a subsidiary of HD, has produced some of the most innovative designs around the Sportster type engine. While the debate continues here are two links that provide insight into the problem.
http://hellforleathermagazine.com/2009/10/harley-didnt-calculate-savings.html
http://quadcambastards.blogspot.com/2009/10/so-beancounting-execs-at-moco.html
I think this view that HD has lost its way is shared by a lot of riders. Personally, I think it's a microcosm of what is affecting the United States today.
Posted by Mike Jacoby at 8:33 AM No comments:

The best 5 bucks I've ever spent. Saw this at Delmarva bike week this year. Enjoy!

Posted by Mike Jacoby at 9:20 PM No comments:

So, who’s really being noisy???

The debate about motorcycles and noise they generate has been long existent. Now, I believe, the issue around noise is coming to a head. I recently received an email about the AMA’s proposed legislature regarding noise from all combustion engines. The AMA’s actions are explained by Imre Szauter, AMA government affairs manager;

"Many cities and other jurisdictions already have excessive sound laws on the books, but when they get citizen complaints about loud motorcycles, they sometimes decide to single out the riding public with unfair or overly restrictive ordinances and laws," said Imre Szauter, AMA government affairs manager. "We believe that motorcycles shouldn't be singled out, but should be regulated as part of a comprehensive sound management policy that also addresses cars, trucks, leaf blowers, generators and other sources of excessive sound."

The J2825 standard, issued by the SAE in May, is based on a comprehensive study of a wide variety of on-highway motorcycles. It establishes instrumentation, test site, test conditions, procedures, measurements and sound level limits.

"Too many times, jurisdictions responding to citizen complaints about excessive motorcycle sound create laws that simply don't work in the real world," Szauter said. "They either set an unreasonable decibel limit, leave it up to a police officer to subjectively decide whether a bike is too noisy, or come up with another plan that is arbitrary or unworkable. Our model legislation is objective, workable and fair."[1]

What is the J2825 SAE standard? Well, the article said the standard goes like this, “Under the SAE J2825 standard, decibel limits range from 92 dBA at idle for all motorcycles, to up to 100 dBA at certain RPMs for various motorcycles, depending on the type of engine.”[2] Personally I have Vance and Hines Straightshot slip-on mufflers on my sporty. They produce a lot of “sound,” but fall well within ’s limits. These limits are found in the vehicle code, “Pennsylvania Administrative Code Title 67, Part I, Subpart A, Article VII, Chapter 157, Subchapter B, Section 157.11, Paragraph a: Max A-weighted sound levels as measured at 50 feet: 84dBA at 35 mph or less; 88dBA above 35mph.”[3]

So, does anyone really know how the two measure up? Will the AMA’s suggestion be adopted? I believe this issue lies in the upswing in motorcycle riders during the past couple of decades. I do believe that some exhausts (straight pipes) do emit an excessive amount of noise, and the more recent cadre of riders think it’s their right to do so. I believe that a certain amount of loudness does help with being visible to others, but there is a limit. Most of the take home choppers (bar bikes) have ridiculous noise issues, and their riders have “look at me, look at me!” issues which complicate matters. I also believe that those who complain are a minority of folks who have nothing better to do, but since they complain to the right people the complaints are acted on. With that said, if you do ride it’s a good idea to join either ABATE, my choice, or the AMA. These groups provide a collective voice where it matters most. I guess you can say I’m noisy whether on or off my motorcycle.

Posted by Mike Jacoby at 8:16 AM No comments: