A day of rememberance... 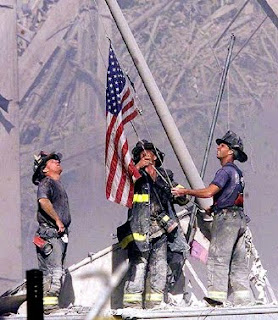 Let us all take some time out today to remember what happened 8 years ago.
Posted by Mike Jacoby at 3:10 PM No comments:

I was in the Tragic (Euro) Kingdom last week and I'm feeling a little guilty right now. The reason I say Tragic (Euro) Kingdom is most of was there with us. I thought Europeans hated us culturally deprived Americans with our McDonalds and NASCAR. I guess with Disney all bets are off. I mean there were French people…lots of French people. , , and some Slavic nations too were in the house of mouse. Not that I mind foreigners, it’s just ironic they would come all this way to pay homage to the Mecca of Capitalism for which we are hated! But let’s face it; Disney World is perfect for Western Europeans because it’s so Hegelian it’s ridiculous.

I mean look at EPCOT and it is plain to see. All the countries represented are European except for (we love their technology), (Chinese food and everything is made there, duh!), and (where else could you get Margaritas and salsa). Hell, is represented…they’re either French or British! Some diversity! Well, does have its own park practically. Disney’s Animal Kingdom has . Here the buildings are crumbling with frayed electrical wires running everywhere. The atmosphere was pretty realistic to the state of things in today. All was needed were some toddlers with AK-47’s to complete the picture. Dire as it was at least it wasn’t portrayed like in the itself with the drums and cannibalistic savages. Let’s face it Disney loved the Victorian era where white was right, the West was Wild, and the African continent was dark as ever. I don’t know where the Jews fit in, because they are totally non-existent. Now with that rant aside let’s start another one. 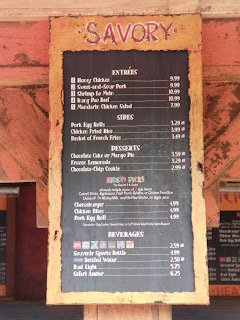 Mmmmm, when in India sample the authentic fare!
My love for Disney begins with the all encompassing access card. If my tinfoil hat wasn’t being repaired I would swear that WDW was the testing ground for the national ID. Once issued, this card gives you access to food, entrance to all the parks, and is linked to your credit card so you buy anything with it as well. Damn, it even has biometrics linked to it. When entering any of the parks you need to submit a fingerprint. Now YOU are attached to this card and only YOU can use it. To prove it I tried using my index finger on my left hand one day and was rejected. I had to use the same finger on my right hand (GASP!).

That aside, I enjoyed myself thoroughly. The staff was friendly. Every one of the 60,000 employees was pleasant, no kidding. It was paradise. I want to move there and claim asylum. I mean it! While I was scrubbing dishes today I thought to myself, “I wish I was at Disney.” I feel like I have been sprung from some reeducation camp. The world is not supposed to be like this. It is supposed to be like Disney World! We have already booked next summer’s vacation there (sigh). Yipeee!!!!!!

Posted by Mike Jacoby at 8:18 PM No comments: